Professor Brings Her Computational Expertise to a New Field of Chemistry 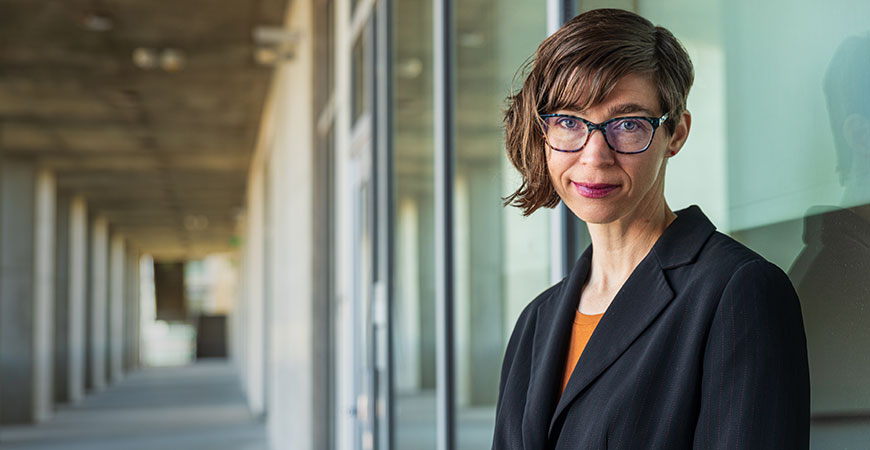 A new five-year collaboration has presented Professor Christine Isborn the opportunity to be part of the emerging field of polariton chemistry, the results of which could change the face of chemistry.

“It's a new area for me, but thankfully the rest of the team are pioneers who have been working to understand this new field of polariton chemistry for a while,” she said of her partners at UC San Diego, City University of New York and Pennsylvania State University. “They’ve really been the ones doing some of the initial experiments to show evidence of polaritons existing at all.”

The Department of Defense (DoD) is funding this study of polariton chemistry, where optical cavities are used to control the physical properties and dynamics of molecular systems. The $7.5 million project is one of 28 the DoD is supporting as part of this year’s Multidisciplinary University Research Initiative (MURI) awards.

According to a recent paper in the journal Chemical Science, molecular polaritons are the optical excitations that emerge when molecular transitions interact strongly with confined electromagnetic fields. The hybrid molecular-photonic materials that host these excitations are interesting to scientists because of recent observations of their novel and tunable chemistry. The paper indicates that polaritons demonstrate “remarkable functionalities,” including the ability to induce long-range excitation energy transfer, enhance charge conductivity and inhibit or accelerate chemical reactions.

“You’re putting molecules in, essentially, a tiny cavity or box,” Isborn explained. “By shining light on the molecules while they are in this cavity, we’re able to access different electronic states because the resonance of the light bouncing around in the box couples to the molecules so strongly that it shifts the energetics of the molecules in a way that would not happen if they were not in the box.”

By reaching these new energy levels, there is the exciting possibility for new types of chemistry to happen.

“It’s all very exploratory. We don’t really know how it works or what is possible yet,” Isborn said. “But what if an energy barrier for a reaction can be lowered? We could access new molecular reactions or break new bonds to form new kinds of molecules.”

Because the field is so new, many of the experiments, models and theories have been contradictory. Isborn and her teammates will collaborate to reproduce results using different techniques. The group is led by Professor Wei Xiong at UC San Diego, whose work at the intersection of physics and chemistry involves applying new spectroscopic techniques to nanomaterials. Isborn is a computational chemist with the Department of Chemistry and Biochemistry, and is one of two theorists on the team, while the other four team members are experimentalists.

Over the five-year program, her lab — including several graduate students — will receive $1.2 million to work on computing the energies and properties of the molecules while developing new methods of taking into account the effects of the cavity.

“That’s new theory that needs to be developed,” Isborn said. She’ll be working closely with another theorist at UC San Diego, Professor Joel Yuen-Zhou, who has been modeling polariton chemistry and has developed methods to predict how the molecules might interact with the light. Isborn will be adding the molecular details to these high-level simulations, with the aim of bringing molecular level understanding to this new field.

The MURI grants are highly competitive. The program, which began in 1985, is designed to facilitate the growth of newly emerging technologies to contribute to both defense and society at large.

“By supporting teams whose members have diverse sets of expertise, the MURI program acknowledges that the complexities of modern science and engineering challenges often intersect more than one discipline and require creative and diverse approaches to tackle these problems,” said Bindu Nair, director, Basic Research Office, Office of the Undersecretary of Defense for Research and Engineering (OUSD (R&E)). “This cross-fertilization of ideas can accelerate research progress to enable more rapid R&D breakthroughs and hasten the transition of basic research findings to practical application.”