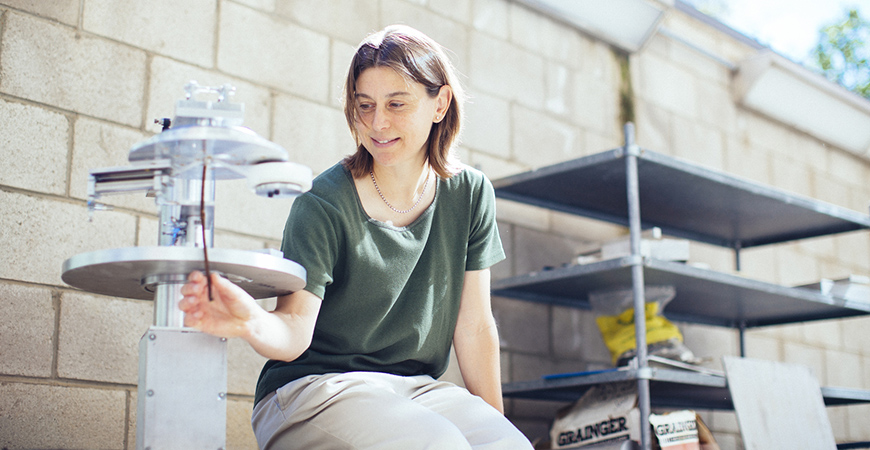 Mechanical systems, such as car engines and manufacturing equipment, use petroleum-based lubricants and solvents that are considered hazardous. After use, those compounds mostly end up in the earth.

Environmentally friendly alternatives — room-temperature ionic liquids (RTILs) — that don’t need solvents and can perform better haven’t been widely used because of a lack of basic understanding about how they work.

But mechanical engineering Professor Ashlie Martini is starting on a new National Science Foundation-supported project to evaluate these liquids in machine components and develop commercialization plans.

Many organic sources of feedstock can be used to create RTILs, including plants and microorganisms. Martini and her tribology lab , along with collaborators at the University of Nevada, Reno, and a private company called Nanotech, will spend the next three years using experimental and computational methods to understand RTIL mechanisms. They’ll look for the best ways to produce the lubricants and evaluate the RTILs in terms of performance as lubricants and biodegradability.

“It has been difficult to introduce new technologies into the traditional industries that use petroleum-based lubricants, including transportation and manufacturing,” Martini said. “We are really excited about this project because it will both advance scientific knowledge related to ionic liquids as well as move the technology closer to broad use in mechanical systems where it can have significant impact on the environment and human health.”