Skip to content Skip to navigation
UNIVERSITY OF CALIFORNIA, MERCED

“With his experience as a researcher and administrator, his dedication to student success and his deep knowledge of the School, Professor Colvin is particularly well placed to undertake this charge,” Dean Betsy Dumont said. “He will be a resource for faculty and a thought partner as we set our sights past 2020.”

Colvin, a member of the Department of Chemistry and Chemical Biology and the director for the Center for Computational Biology, joined UC Merced in 2003 among the first group of faculty and administrators. That was a time when everyone, including Chancellor Carol Tomlinson-Keasey, had offices at the Castle Research Facility because the campus had yet to be built.

This was the beginning of an exceptional record of service to UC Merced, Dumont said. As most of the first group of faculty, staff and administrators did, Colvin has served in many different roles on numerous school and campus committees, as well as with the Faculty Senate. He also held the inaugural Kamangar Family Endowed Chair in Biological Sciences and is an afilliate of the Health Sciences Research Institute.

“Professor Colvin also has a wealth of experience investigating pedagogical techniques to support student success in the classroom and lab, as well,” Dumont said.

Colvin’s research focuses on using computational chemistry to simulate chemical processes. Most of his projects are collaborations with biochemists, he said.

“For example, I am collaborating with Professor Patti LiWang to understand how virus proteins that suppress the immune response might be redesigned to fight inflammation,” he said.

Colvin’s research has earned him numerous grants as he studies computational, mathematical and structural biology, delving into the motions of proteins and DNA to help explain the properties of these molecules. He particularly focuses on how the structural flexibility of biomolecules enables their function, but his modeling expertise has lent itself to non-biology questions, too, such as safe cooking of foods and optimizing the CatTracks bus system.

He said in his new position, he’s particularly interested in working with faculty members to enrich educational programs to best serve the campus’s diverse student body and to graduate alumni with distinctive abilities that make them competitive for great jobs and post-graduate schools.

“My goal as associate dean is to help Dean Dumont take the School of Natural Sciences to the next level of excellence,” Colvin said. “A lot of the early work on the campus was necessarily focused on getting the doors open and starting to build distinctive research and academic programs. Now, as the campus nears 10,000 students, I believe we're entering a different phase that focuses on building academic, research, and administrative structures that will sustain the growth of UC Merced to a full-size UC campus.” 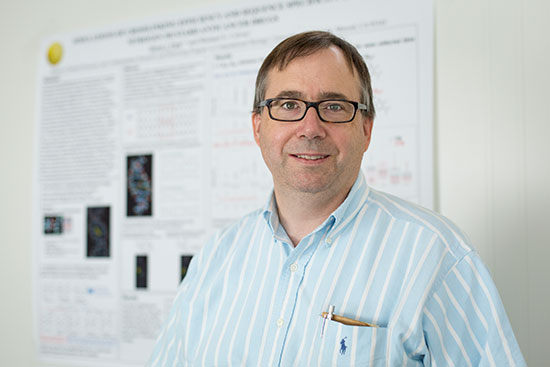